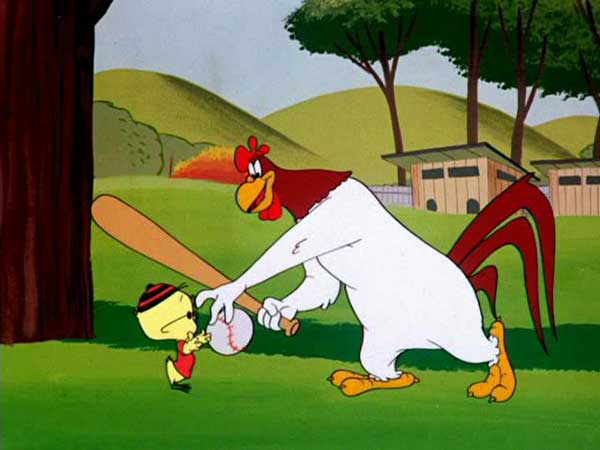 “There’s something kind of EEEEE about that.”—Foghorn Leghorn

First of all, Mexico is not “sending” people. Many Mexican people want to come here for all that America can offer them. Secondly, even the best people from Mexico and other countries come here with problems. If they didn’t, just give them a day or two. Drugs, crime and sexual deviancy (just you try to define what is deviant anymore—you’ll probably be sued) and SOME are, as he assumes, good people. By the way, he left out diseases. I must differ further with Mr. Trump. I don’t believe any of us are “good” people as he purports. I think we all want to think we are good. Many people come here legally to find good and end up caught in the webs of our corruption. Truth is, we are just people who do many good things and many bad. As for myself, I am a scallywag, sorry-ness of a man from the word go.

Our culture, in its state of disintegration, is sending us people who find themselves in states of broken-ness and trouble. (that’s just the House, Senate and Supreme Court) Families are destroyed from within and the fallout in our society is revealing. Our tax structure is bending under the weight of keeping up with the costs of social recovery programs to the point of economic ruin. I guess all those silly, phobic-with-day-job-people will just have to foot the bill. As soon as we turn around, there is another part of our engine showing premature wear under abuse. The manufacturer is saying. You can’t do that to this car without it breaking.” But our culture is saying, “Yea, we can and we’ll sue you for making a bad car. We will organize and shut you down today.” Foghorn Leghorn says, “There’s something kind of EEEEE about that.”

From the Supreme Court and downward, our “great” leaders are attempting to re-define what is normal for us all. And the new normal ain’t so good ya’ll. Prospective students at UC Irvine this year, when registering, will be asked to choose between male, female, trans male, trans female, gender queer/gender non-conforming and different identity.

I fully expect a medical doctor to surface any time now and say, “Hi everyone. The new normal for the human body is 100.6. And it seems we still have some prejudicial 98.6-phobic people out there. Don’t pay them any mind. The Medical Association, the World Health Organization, and the CDC are all on your side as well. O yes, we also have a flag in the shape of a thermometer. It is quite colorful and will most certainly offer you security and group identity. We have a few insiders in Washington who are going to shine this colorful flag up onto the capitol building after the Supreme Court puts its stamp of approval on the 100.6 new normal.  I know this will help you too. Hang in there and stay cool. You’ll feel better soon!” In the words of Foghorn, “There’s something kind of EEEEE about that, the new normal that is.”

Have you ever been in a home where the child is in control and the parent is afraid of the child? I just described our country. The Supreme Court as of late is like the parent afraid of the child. It has no foot left to put down. Public outcry and an obvious swing away from traditional thought and origins of life as we know it brand our day. Our bought and paid for politicians are but distant, hollow cousins of our once great leaders. “There’s something kind of EEEEE about that.”—

It’s a good thing Boy Scouts are taught the skills of untying knots, because they are certainly in one. And isn’t it interesting that the Girl Scouts are also boy scouts? Imagine that! Next, the scouts will be “going door to door trying to buy cookies.”

Should we really be calling on men to be responsible for defining what is normal and what is deviant in sexuality? Really? What could women and girls possibly contribute to the subject? But never fret, if we have our way, an LGBTRQMSO (Oh, you didn’t know about the others?) wave will sweep over these Girl Scouts and tumble them face down into the sands of litigation with wealthy lawyers. Not enough thin Mints in the world to get them out of this fix. “There’s something kind of EEEEE about that.”—

Planned Parenthood never planned to be here trying to explain themselves. The only thing more hidden than those cameras that exposed the real faces of PP is the location of a Democrat who will call this form of butchery and inhumanity anything other than “research.” “There’s something kind of EEEEEVIL about that.”—

According to the Federal Reserve, the amount of student loans taken out climbed beyond the $100 billion mark. This historic figure means that loans outstanding will exceed $1 trillion. Students owe more than all Americans owe in credit card debt folks. “There’s something kind of EEEEE about that.”—

Mr. Foghorn Leghorn, do you have anything you can say to help us in these troubled times?

“Fortunately I keep my feathers numbered, for, for just such an emergency”.