Openhandspublications is concerning the posture of my hands.

When they are open, there is room for work, play, care and creativity. When they are closed, I may be defiant, angry, determined, resistant, unforgiving, or even abusive.

As such, the posture of my hands reflect the condition of my heart.

My journey of faith and learning is greatly inspired by a woman who survived the Nazi concentration camp at Ravensbrook.

Her name was Corrie Ten Boom. Her sister Betsie reminded her to,

“Hold everything in your hands lightly, otherwise it hurts when God pries your fingers open.”

Corrie tells the story of coming face to face with a request to be forgiven by an actual prison guard where her sister was put to death. In her hands and in her heart she would find the ocasion to open herself and risk intense pain once again. Here is that conversation: 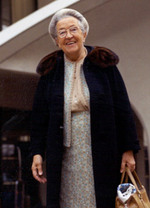 “Betsie (sister who did not survive) and I had been arrested for concealing Jews in our home during the Nazi occupation of Holland; this man had been a guard at Ravensbruck concentration camp where we were sent. …

“You mentioned Ravensbruck in your talk,” he was saying. “I was a guard in there.”No, he did not remember me. “I had to do it — I knew that. The message that God forgives has a prior condition: that we forgive those who have injured us.”

“But since that time,” he went on, “I have become a Christian. I know that God has forgiven me for the cruel things I did there, but I would like to hear it from your lips as well. Fraulein, …” his hand came out, … “will you forgive me?”

And I stood there — I whose sins had every day to be forgiven — and could not. Betsie had died in that place — could he erase her slow terrible death simply for the asking?

It could not have been many seconds that he stood there, hand held out, but to me it seemed hours as I wrestled with the most difficult thing I had ever had to do.

For I had to do it — I knew that. The message that God forgives has a prior condition: that we forgive those who have injured us. “If you do not forgive men their trespasses,” Jesus says, “neither will your Father in heaven forgive your trespasses.” …

And still I stood there with the coldness clutching my heart. But forgiveness is not an emotion — I knew that too. Forgiveness is an act of the will, and the will can function regardless of the temperature of the heart. “Jesus, help me!” I prayed silently. “I can lift my hand, I can do that much. You supply the feeling.”

And so woodenly, mechanically, I thrust my hand into the one stretched out to me. And as I did, an incredible thing took place. The current started in my shoulder, raced down my arm, sprang into our joined hands. And then this healing warmth seemed to flood my whole being, bringing tears to my eyes.

“I forgive you, brother!” I cried. “With all my heart!”For a long moment we grasped each other’s hands, the former guard and the former prisoner. I had never known God’s love so intensely as I did then.”              –from PBS.org  The Question of God

My hope and desire for all visitors and readers is that you find hope and inspiration, a willingness to open your hands and heart each day to release the bad and to welcome the good. Remember her words,

“Hold everything in your hands lightly, otherwise it hurts when God pries your fingers open.”  —Corrie Ten Boom