Now that it is finally here, maybe the world will calm down a bit?

Throughout my ministry life I have received calls and had discussions with individuals as they toiled over this matter in their personal lives. Interestingly, nearly all the conversations started out the same.

“I need to talk about a personal matter. What does your church believe (sometimes what do you believe) about homosexuality”? (and later, same-sex marriage)

In each instance I attempt to give an assurance that:

”Regardless of what anyone thinks, I am concerned for you and helping you to come to a place of peace with your decisions. Can we talk?”

Will you tell me:

1-Why is it important to you what any church thinks?

2-What effect good or bad would my personal belief have on you?

3-Who else might you look to for an opinion or belief?

4-Have the opinions of others brought you to a place of rest and assurance in your life-choices concerning your sexuality?

5-Is there a reliable source that will give you what you are really searching for?

6-Is there an ultimate source that will give you what you are really searching for?

When this discussion ends, the individual (s) realizes that:

1-Within most any church there are variances of belief and opinion throughout the pews.

2-No denomination or minister has a uniform set of beliefs that must be followed.

3-As much as we might lean on and learn from others, we must all make our own choices and live with the consequences.

For many people, what a particular church/denomination/individual believes is more important than what the bible teaches and instructs.

There are reasons for this:

1-Inwardly, they know that there is a variety of opinion and they may want to take advantage of the confusion.

2-They have seen just how willing many churches are to abandon the scriptures in these and other matters.

-Like a child playing two parents against one another to get their way.

-Just as parents argue and split over children, churches will continue to split over the SSM, LGBTQ and abortion debates. 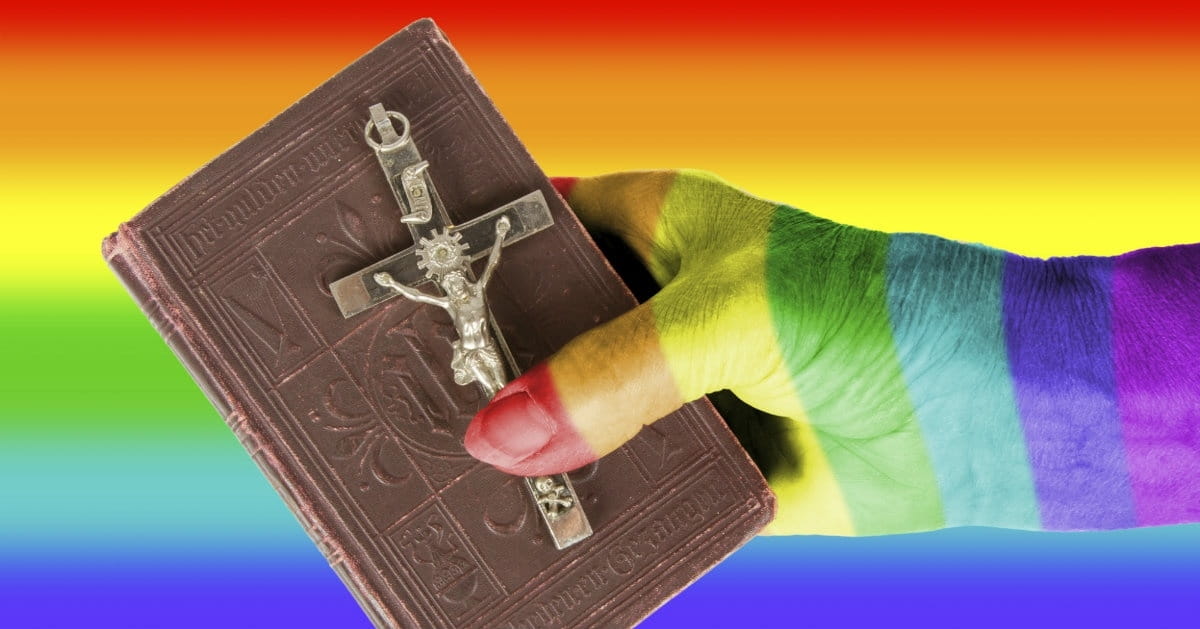 For many LGBTQ as of late, they could care less what the bible or any church or representative thinks.

They do their thing regardless of others and often to spite them. I much prefer this reasoning and attitude on their part. It reveals a level of honesty.

LGBTQ now have a level of support from nearly every discipline, including some church denominations, not to mention the government of the United States of America.

If our conversation is still going, I ask:

Has there ever been a time in your life when you asked the Jesus of the Bible to take your life and control it to His pleasure?

We must never prejudge someone as not being a Christian because their life-style is not all together in sync with scripture or our interpretation of it. God has not given us that role. We are not equipped for such matters. As Christians, we are equipped to discern, love and disciple. Obviously, there are those who profess to know and follow Jesus Christ as His disciple who are same, as well as opposite, sex attracted, and who choose to act upon their proclivities.

As Christians, we also recognize that Christ is either in us or he is not! (I John 5:9-15) As such, those who have received Christ and been born again (John 3) will go in one direction of conversation and those who are yet dead in their sins (Romans) will discuss other very significant preliminary matters.

ONE–LOYALTY TO THE CHRIST OF THE BIBLE

-Not the Catholic Church

-Not the Protestant Churches

-Not the man made covenants, laws, regulations and religious ideas stated despite scriptural teaching.

He is not changing any time soon, nor His word.

“Have respect for marriage.

Always be faithful to your partner, because God will punish anyone who is immoral or unfaithful in marriage.

Don’t fall in love with money. Be satisfied with what you have.

The Lord has promised that he will not leave us or desert us. That should make you feel like saying,

“The Lord helps me!
Why should I be afraid of what people can do to me?”

Don’t forget about your leaders who taught you God’s message.

Remember what kind of lives they lived and try to have faith like theirs.

Jesus Christ never changes! He is the same yesterday, today, and forever.” Hebrews 13:4-8

I will not become their Counselor or Therapist.

I will remain their friend and supporter as I am allowed by each person.

Individuals lost in the confusion of sexuality and even gender despair may boast outwardly of happiness, peace and contentment, but inside there is a different reality.

No matter how many parades are given on their behalf—no matter the front of the Capitol building is lit up in feigned support—no matter any human institutions clatter, it is all vain-emptiness. The counseling community knows this well when the street “supporter” who speaks on the gay communities behalf as a means of “proving” their lack of “homophobia” thinks all is fine with their “friend” because they believe it so.

What the LGBTQ community wants, and needs is someone who will not move as all things around them shift and drift with public sway. This will be the small but significant portion of the Christian community who will point to the love of Christ, not the morality of this communities choices, for security and peace.

My opinion of life-style choice, though settled for me, is not what matters. My non-judgmental love is what matters, and this the gay community has.

My love includes the following:

Mirage. This is what is happening to us all when we rip up our moorings because they appear to be holding us down from pleasure, fun and happiness.

Marriage. This is what happens when a man and a woman are joined together for a life-long journey of togetherness. God has willed it thus from time. We must come up with a word other than marriage if we hope to define same sex couples who desire to live together in any respect or duration.