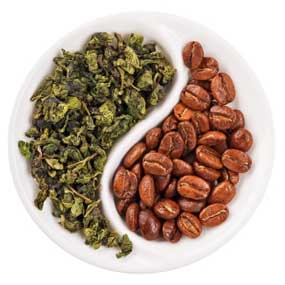 COFFEE, TEA, AND ME

Marla (fictitious) stepped out of the cab into the rain having left her umbrella at home. Just one more item and responsibility she seemed to be forgetting these days. Following her are the two precious children who are clueless that they are nearly destitute. As they run to the church door they are greeted by a tall elderly man with a welcoming smile. He covers them the best he can with the umbrella built for two.

Once inside, Marla remembers why she comes here each week without fail. These people really do care about her and those who find themselves struggling to stay afloat in this world.

Eight months ago, when she arrived for the first time, her husband had been arrested for yet another drug possession. She was embarrassed on several accounts, but her husband was at the top of the list. In fact, at his arraignment, some of the courthouse staff had told her about several ministries of the community.

Turns out, her newly found church had a reputation for accepting people, regardless of their lot and station in life. This certainly helped her to risk her pride for the children, and at first it was all about them. But as time went on, she discovered something much more. Coffee, Tea and Me!

The church had enough money to buy these luxuries and they were always happy to share. Many of the ladies had gotten to know Marla and they were determined to invest in her because it was all too obvious that God had entrusted her to them. So, it was coffee, tea and me each week before a bible study that always included life-applications. Marla was growing in wisdom and stature. These ladies were privileged to be used of God and to watch Him change them all to His desire and purposes.

As more time went by, Marla had secured work for herself. Then there was care for her children with a relative who owned a cleaning business. The children were allowed to stay in the office after school and even took on simple responsibilities just like at home. Marla began to discover that there was a guiding force in this church and the lives, at least, of these several ladies. They claimed that they were not this way just because they were women, but that they were women who had decided at a point in their lives to trust, follow and obey Jesus Christ.

“Their coffee and tea pointed to me, and so did their Jesus. His undeniable love and acceptance for a sinful person like me was unbelievable until I finally accepted Him and prayed to know Him like these my dear friends.

My difficult situations, troubles and hurts of the past have not gone away, but how I see, feel and react to them is night and day different. The panic, the feelings of impending doom and the guilt of failure are now in His domain and control. I know a different kind of love that is, as the bible says, “shed abroad in my heart.” This love, and this same love in the lives of my new caring friends, is what moved into my life and demonstrated that the words of the bible we study are true.”

How many of today’s modern techno churches with the pep-talk psychology gospel would actually care for and invest in a poor woman with two children who might be bringing sickness into their midst, or be unruly?

She might get a grinning, pseudo happy motivational speaker who tells her to think positive thoughts and to use Jesus as their gift-registry. Yes, they will have a great band, light show and pro performances of pop music with an occasional “modern-contemporary” Jesus talk. They certainly will have coffee and tea.

But what about Me?

Marla would have little chance in all the churches built around socio-economic class of the up and coming.

Her pennies in the offering plate each week are not likely to win them over and her ability to dress acceptably is very improbable. Her real needs are to be all but invisible to the modern, “contemporary” Great Commission:

“Ya’ll come and help us pay all these bills we created purchasing all the latest gadgets and fads to make sure you would come and not leave for yet another church who has more and better performers than us–church.”

Thank you, God, for the remaining churches that are truly about coffee and tea—but also, all the lost and lonely ME people in the world. These groups of people, called the local church, remain true to the Word and also distinct from this world. They are “doers of the Word, and not hearers only.”

“Above all else, you must live in a way that brings honor to the good news about Christ.”  Philippians 1:27